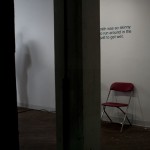 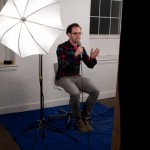 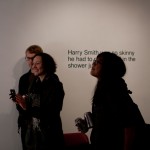 We take aim at the eccentric collector, ethnomusicologist, experimental filmmaker, artist, bohemian and mystic as the Janks Archive is directly influenced by one of his home recordings. In 2004 Ben Kinsley interned for the “Save Our Sounds Project” at Center for Folklife and Cultural Heritage at the Smithsonian Institution where he helped to digitize a number of reel-to-reel recordings in the collection. One day he stumbled upon a series of unmarked canisters which turned out to be tapes made by Smith in his room at the Hotel Chelsea around 1972. These recordings were part of a project titled Materials for the Study of Relation and Culture in the Lower East Side, late XX century New York City. The majority of these recordings were of folk singers singing their original music. One tape in particular stood out and consisted of the poet and actor, Peter Orlovsky, singing dirty schoolyard songs from memory. The audio of Orlovsky singing/remembering these songs is both a record of collective memory and a highly personal and vulnerable account of the act of remembering something naughty, grotesque, or malicious:

Listening to this song together triggered memories of dirty jokes long forgotten and led to “yo-mama” joke slinging between Jerstin Crosby and Jessica Langley. Not only were new jokes learned, but in the process Kinsley and Langley (both northerners) discovered a new word. The term “janks” is a colloquialism that describes a style of tongue-in-cheek gibes, cut-downs, or comebacks and was common to the part of southeastern Alabama where Crosby grew up. For the archive, janks is an obscure title, used loosely to collect a wide variety of culturally and, perhaps, geographically specific quips, however lewd, crass, or innocent. The Janks Archive is an exercise of remembering as much as it is a process of documenting these verbal offenses which exist in collective consciousness. Our ultimate goal is to amass a collection of videos capturing people from around the world telling their best janks. The project at Practice Gallery will be our first collection and will mark the beginning of The Janks Archive.

YOU ARE HEREBY INVITED TO BE PART OF THE ARCHIVE!

A participatory event on opening night (7-11pm, Dec 7th, 2012) will involve crowd sourcing and video recording gallery goers telling put-downs, comebacks, “yo mama” jokes, or any other form of janks from memory. So get out your old yearbooks, call your older brother, ponder past nemeses, rekindle forgotten rivalries, and give that jerk a piece of your mind the way you wish you could have at the time!