The participants of the 9th Symposium will share their insights on humor and absurdity in contemporary art, related theories and beyond.

Throughout 64 hours of non-stop comedy participants will explore as well as question the role and critical potential of comedy, humour and the purpose of the absurd.

The Symposium will reflect on how we employ humour as a medium to ponder social, ecological, (cultural)-political complexities as well as the absurd situations they generate. It seeks to analyse humour and its various mechanisms, their ability to transform perception of ‘reality,’ break down stereotypes, challenge taboo subjects, and mainstream assumptions. It is going to test humour as a tool to raise and discuss sensitive issues regarding race, gender, class structure, ethnicity, sexuality, violence, and personal identity.

Comic communication (irony, satire, absurd humour, etc.) can often be undervalued, misplaced by sheer silliness or made difficult due to politically correct sensibilities. We believe that comic genres are often the best tools to lay bare the various absurdities in the art and academic world, to drive us out from our ‘professional bubble’, and have a different approach to the reality governed by populism. We propose challenging the often overserious character of conversation and reflect on the potential of humour as a tool of self-critique as well as self-reflection.

The participants will investigate the ways artistic and curatorial work can work around limitations of traditional comedy by bringing in references from art and cultural history as well as explore jokes as ‘innovative actions’ commenting on cultural, political and social complexities. 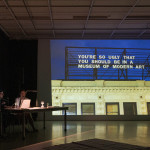 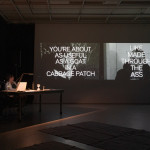 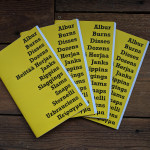 Janks Archive is a collective research project which investigates traditions of insult humor in cultures from around the world. This multifaceted study documents this tradition through field recording, and presents the collection through an online archive, public events, exhibitions, publications, and a podcast. Since 2012 they have travelled to 16 cities in 9 countries, talking to residents, and learning about local variations of this type of humor.

Over the course of this study, they have amassed a library of research related to humor, jokes, insults, and archives. For the 9th Inter-format Symposium Janks Archive members Ben Kinsley and Jessica Langley will present research along with images and videos from their archive in the form of a lecture/screening/conversation. A special-edition zine, compiling excerpts from their research library and inspiring images and stories collected along their travels, will be provided to attendees.

Insults are an ancient oral tradition embedded within the collective consciousness of a culture or region with inherent ties to human social evolution. The word “Janks,” for example, is a colloquial term from Southern Alabama which refers to an insulting joke that one person says directly to another person. “Playing the Dozens”, “Signifyin”, “snaps”, “burns”, and “rippins” are other names for similar American traditions of verbal dueling. In Northern Ireland you “slag someone off,” in Mexico “Albures” is a verbal game of double entendre, in Italy, “Stornelli” is form of insulting folk poetry, in Finland you might “throw slander” (Heittää Herjaa), in Latvia it’s “Uzbrauciens,” and the list goes on…