*made possible through a Platform artist residency
www.facebook.com/events/947843518627353 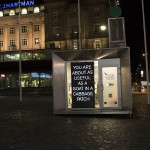 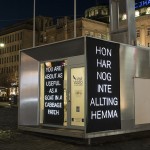 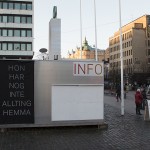 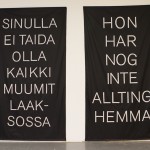 Janks Archive (a project by US artists Ben Kinsley, Jessica Langley and Jerstin Crosby) is an ongoing investigation and collection of insult humor from around the world. Before Vaasa, they have taken this project to cities such as Philadelphia, Mexico City, Berlin, and Belfast. In each place they visit, they talk to residents and learn about local versions of these types of insulting jokes. They record people telling their jokes, which are put into a worldwide video archive.

Insults are an ancient oral tradition embedded within the collective consciousness of a culture or region with inherent ties to human social evolution. How people insult one another and what is perceived to be “bad” or “unattractive” differs from place to place, as does the word used to describe these jokes (the term “janks,” for instance, is what put-down jokes are called in Alabama). While the intention appears, at first, to be cruel and negative, “janks” are in fact an integral aspect of human interaction, used as much to establish dominance as to strengthen camaraderie.

Janks Archive will be situated in the Info Kiosk in Market Square Saturday December 19 through Tuesday December 22. Please stop by during open hours to learn more about their project, see some of the video archive, and share “janks” in Finnish, Swedish, or any language with Ben and Jessica.