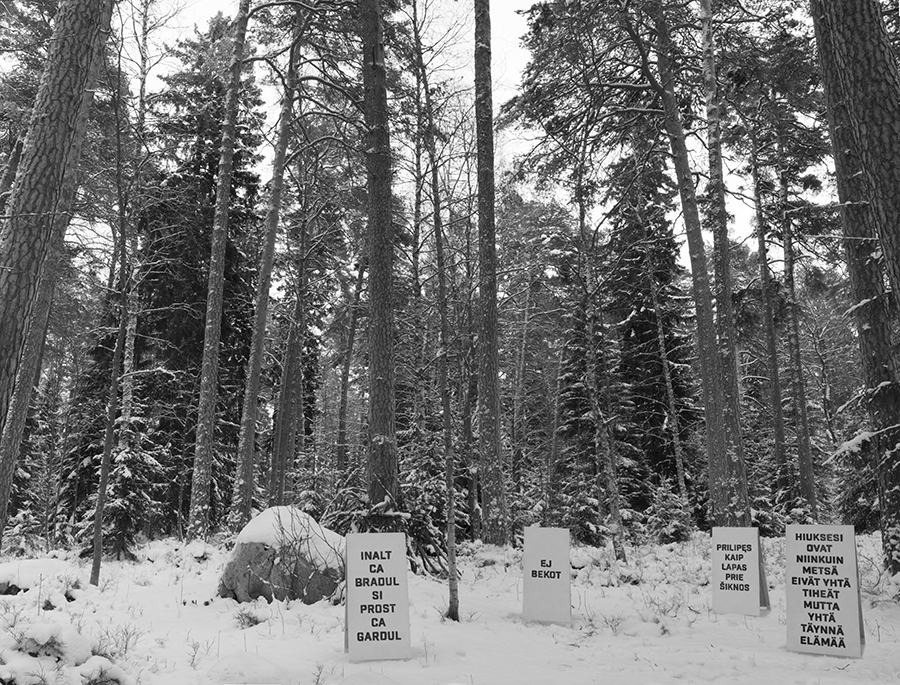 This photograph was staged in Finland during a two-month research residency in which Janks Archive also traveled to Latvia and Lithuania collecting “janks.” They learned several jokes in various languages related to the forest. Four are presented here (Left to Right):

Finnish: Hiuksesi ovat niinkuin metsä, eivät yhtä tiheät mutta yhtä täynnä elämää.
English: Your hair is like a forest. Not as thick but as full of life.
collected: Vaasa, Finland (12-19-2015)
origin: told to him by his father when he was a child.