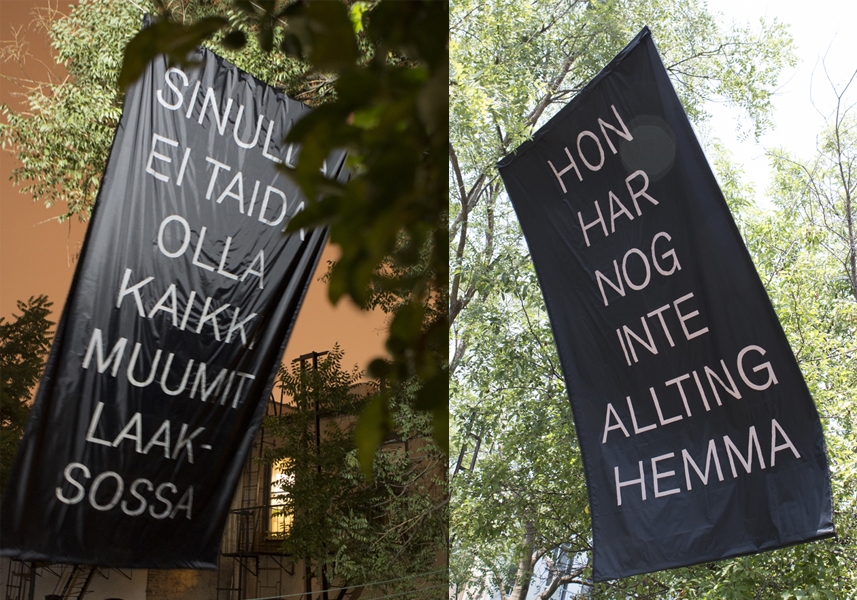 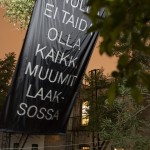 Finnish:Sinulla ei taida olla kaikki Muumit laaksossa
English: Seems like you don’t have all your Moomins in the valley
collected: Vaasa, Finland (12-17-2015)
origin: common Finnish expression (based on a Finnish fairy tale) to say someone is dim-witted

Stephen and George Laundry Line
The definition of spectacle has etymological roots in the Latin word, specere, to look. By using the laundry line as a stage for a highly local display, the Stephen and George Laundry Line attempts to highlight the voyeuristic aspect of living in a city. The shared backyard spaces in city blocks are sites for daily and accepted public displays of intimates accessed only by a string, but on the ground, they are more often forgotten, even forbidden places to the people who share it.

The Stephen and George Laundry Line is a space where the act of looking is celebrated and encouraged. It takes place in a backyard in Ridgewood, Queens. It is literally on a laundry line.